The heat has broken and coolness has returned to the air. The universities are reigniting in preparation for the new wave of freshmen while all the stores are stocking up with back to school supplies. Actors, dancers and singers all over the city of Philadelphia have been meeting in every available rehearsal room, office room, classroom and living room for over a month now. It’s is that time of year again. It’s Fringe Season!

The Fringe Arts Festival has a powerful history of being the vehicle through which many new subversive, alternative and fringe performances are launched into our lives. This year, For de Arts, has read through every single show going up during the 2017 Fringe Festival and we are sharing the ones that rings loudly on our list of to do’s.

These picks have not been reviewed. They are chosen for their compelling topics.

“To survive the Borderlands you must live sin fronteras be a crossroads.” — Gloria Anzaldúa. Come break the fourth wall as Philadelphia Theatre of the Oppressed explores the personal journeys of immigration & homecoming from prison. Devised & performed by formerly incarcerated Philly women who have reentered society.

Seven women collide and are changed forever. In this dynamic circus-theater show, strangers meet their match, empty rooms listen in, and women find their power in flight. Tangle’s acrobats climb trapezes and aerial silks as they face sudden changes, spark chain reactions, and test the hidden threads that bind us.

Theatre in the X The Bank 3750 Lancaster Ave Philadelphia, PA

Written by Cheyenne Barboza. Directed by Christina May. Inspired by the poem, “Financial Aid” by Carvens Lissaint, Running Numbers is a drama about an inner-city high school senior whose dreams and desperation of going to college and overcoming his environment lead him to fast cash and dangerous situations.

Teen lovers, Berryanna and Rouzbeh must fight to stay together during a political time when citizenship and commitment are tested, both personally and nationally. With a newly elected leader declaring war on Iran and removing all Iranian immigrants, Berry and Rouzbeh fight for their freedom, future, and their fruit. After both performances, the themes of Immigration and A Woman’s Right To Choose, will be discussed in a community run conversation.

Writer/director Alyse Hogan explores history to tell this story of struggle, healing and resilience. Through Afrofuturism, the town of Tulsa is re-imagined from the forgotten history of Tulsa, Oklahoma’s Black Wall Street. Join Loron Sr. as he escapes to an economically advanced Tulsa, searching for answers to save his hometown of Rankin from the watchful eye of COINTELPRO. Artwork: Jameelah Platt, Photography: Rovell Seth Vialva

PRIDE PARADE! is an interactive walking tour featuring historic hot spots in Center City Philadelphia. During this immersive storytelling adventure, we’ll dance, sing, and chant as we honor and celebrate out & proud ancestors who marched before our time. Join the movement — Remembering is resistance!

*Meet inside the park at 18th and Chancellor Streets. Look for the rainbow umbrella.

The PlayGround at the Adrienne

Inspired by personal information anonymously submitted by the audience, this Fringe-favorite ensemble instantly creates a montage of hilarious and heartbreaking scenes and monologues!

The Colored Girls Museum takes community matters into her own hands converting the three-story Victorian memoir museum into a Social Care Experience. Her new exhibits redefine the concept and practice of “urgent care” from triage to aftercare. Curators, artists, and ordinaries construct Colored Girlhood as an imaginative and powerful space.

We Shall Not Be Moved

What’s at stake here is America and its future. Who’s invited to participate?

On the run after a series of tragic incidents, five North Philly teens find refuge in an abandoned house in West Philadelphia at the exact location that served as headquarters of the MOVE organization, where a 1985 standoff with police infamously ended with a neighborhood destroyed and eleven people dead, including five children. This self-defined family is inspired by the ghosts who inhabit this home and begin to see their squatting as a matter of destiny and resistance. The group, named the Family Stand, is headed by self-appointed leader Un/Sung, and crosses paths with Glenda, a Philadelphia police officer, whose encounters with the family leads to a standoff that could threaten to repeat history.

Being Gay and Black in Philly

4 Best States for Minorities to Live In 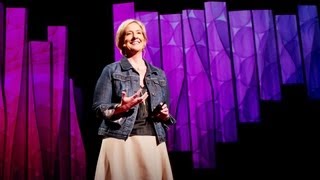 Can Privilege Come at a Price?

4 Best States for Minorities to Live In

Can Privilege Come at a Price?

Being Gay and Black in Philly

Where are all the lesbians?